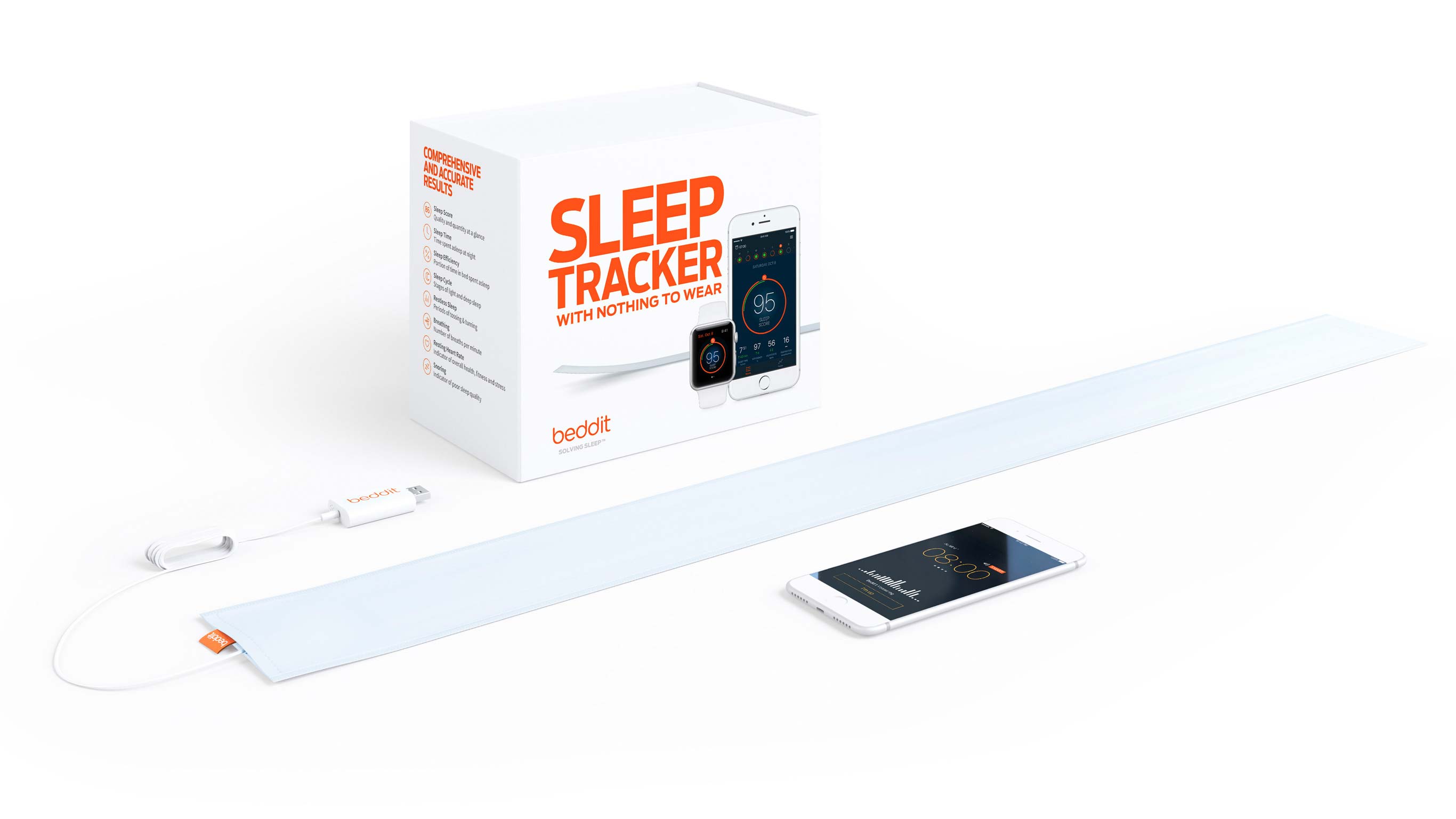 Beddit tracks your sleep and vitals and helps you lead a better life through solving sleep.

We worked with Beddit in a strategic partnership to redesign their applications and offering, starting from value proposition for the launch of Apple Watch.

Within 18 months our work led directly to over 300% of sales growth, winning a Red Dot and several other awards, and an exit to Apple in May 2017. In 2022, the revised product by Apple's internal design team is still sold to consumers.

Where it all started

Beddit 3 is a sleep tracker you don’t have to wear. A hallmark of ambient technology if you will. The way it works is that you place the thin, soft sensor under your sheet, plug it in and forget about it. There is nothing to wear or charge. Every night, the sensor automatically measures your sleep, heart rate, breathing, snoring and bedroom environment, giving you a full picture of the night.

In 2015, Apple released their plans on their first wearable, the Apple Watch. The focus on wellbeing and activity was already high on the radar to begin with, and Beddit got sparked to begin to work on an extension of their iOS app for the Watch. This was the point where they called us, and we started a set of design sprints aiming for a working Apple Watch app in less than a month.

Once you begin designing something that tries to capture the essence of a product into a tiny screen on your wrist, you very soon end up finding all kinds of small improvements needed all over the product. This is where our work with Beddit escalated quickly as well. Our work started from the initial offering and key metric on the iOS app — the Sleep Score. Until then, the full scope of it and where it exactly came from, had been up for internal debate. We felt this was the perfect time to nail it down in a way that made sense to both us and the user, and worked great on the watch.

The apps, Beddit 3 and the packaging

Initially we set up a war room at the Beddit offices, and made everything visual. In a way, we started coaching the Beddit team in our ways of working as well. Quick iterations, straight to high fidelity prototypes. We had two streams of working: product strategy and design, both in sync, in the same room.

Over the three weeks that we worked together, we produced nearly 100 iterations of the single main screen, vigorously testing how it worked and how it felt like. While one half of our team worked on figuring out the day in a life of a typical Beddit user, the other half sat next to iOS developers crunching out working prototypes. Finally, we arrived at a final set of solutions, of which we chose the winner. The remarkable thing was that we did this together as a team, distributed on both sides of the Atlantic—us in Espoo, others in San Francisco. The final decision was made, and we were ready to ship a few days after the final approval in a call to Cupertino with Apple’s specialists.

‍
Now that the watch looked beautiful, the original smart phone app started to feel a little worn out. It wasn’t long until we redesigned and refined the app to complement the watch design, and the other way around. This took one more week long sprint, and gave Beddit things to implement for a good few months.

Next up was the product itself and how it was packaged. We didn’t set out to do a “brand refresh”, but began to envision a new world class packaging concept that encapsulated Beddit as a brand, as a product and as an experience. We had two clear goals in mind:

We started the strategy work by going back to our familiar war room at the Beddit office, and began working in tandem with the necessary people involved. We dove head first into questions like “what is the problem Beddit is actually solving?”, and “why should one measure and track their sleep in the first place?”. After a few intensive co-creation sessions, the meaning and importance of the product crystallised into a sentence “Sleeping is the bedrock of life. When sleep is solved, everything gets better.”

Solving Sleep. That’s what Beddit is about, as a product itself and also as a company around it. Everything we design, reflects this.Once the purpose was locked, everything else followed with ease. We delivered the updated packaging in several languages including Chinese and Japanese. As Beddit was given a prime spot at Apple Stores worldwide, we worked out the final details in collaboration with Apple’s visual marketing team in Cupertino.

Beddit 3 was released to Apple Stores worldwide, both online and in physical form, in early October 2016. Then it sold out not once but twice before Christmas. We received a lot of positive feedback from the tech press, including Techcrunch, Macrumors and many others. There were several unboxing videos by excited fans and the press. Beddit got a four-fold increase in their sales through Apple Stores, and in just 12 weeks after launch, Beddit 3 became the most used Beddit product ever.

As it often is with long partnership programs, it’s actually quite difficult to point where a project ends and where another one begins. Since 2015, we’ve worked with every single consumer touchpoint of Beddit, together with their internal team, both virtually and physically. The key to success was our way of working. We abandoned the traditional restricting mindset of consultants and clients. Instead, we set out to work as a team from day one—a shared space, shared rituals and shared culture, all the way down to mutual lunches and beers, as well as late night calls to sync with the team in California.At the moment of writing, Nordkapp essentially is Beddit’s elastic design department. We are continuously working on improvements for the application and the product. Here are the individual outcomes of our partnership so far.

For me the project is a strong testament for the kind of partnerships and quality we have built. World class technology combined with world class design focused on a common, unique goal (solving sleep) across all touch-points equals success.—Udo Szabo, VP Product & Marketing, Beddit